Apollo Nida- Why Is Phaedra Continuing To Hurt Me? 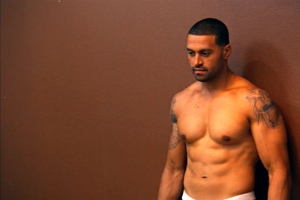 Real Housewives of Atlanta star Phaedra Parks’s imprisoned husband, Apollo Nida, is currently serving an 8 year jail sentence. In Touch Magazine caught up with him for his first ‘behind bars’ interview. What did he say to the magazine?

Apollo tells them, ““I can’t see why she would continue to hurt me by not allowing me to see my boys. This isn’t right. If I don’t see my children for eight years, that would be some bullsh*t and I would fight for that right! Who in their right mind would allow children to be away from their father for eight years, regardless of where their father is in the world?”

He continued, discussing Phaedra, stating that, “I’ve asked Phaedra not to leave me while I’m in here. If she leaves, it would hurt like hell, but as Apollo Nida has done before, I’ll just have to pick myself back up and move forward and figure it out. I will not walk away empty handed.”

It’s definitely interesting to us that the magazine was able to speak to Apollo behind bars. Regardless of what he’s done, we don’t personally feel like Phaedra should be keeping her children away from him.

I’m torn between the two. I can see it from both sides. Phaedra feels like if he cared about the boys he wouldn’t have committed the crimes that he did. Apollo feels like ok I made a mistake but that doesn’t mean I don’t love my children. Very sad. Hate to see families fall apart.